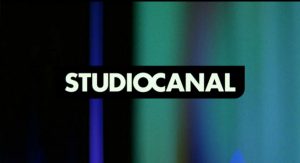 Saracco will also remain in her post as head of Canal+ Création Originale while also developing and producing new series in France as chairman of the prodco, which will sit within Studiocanal.

She is best known for launching Canal+ Création Originale with Fabrice de la Patelliere nearly 15 years ago. The prodco is known for shows such as The Tunnel, Braquo and Guyane.

Dominique Jubin, executive creative VP at Canal+-owned Studiocanal, will become deputy general manager of the new French unit.
Both Canal+ Création Originale and Studiocanal will support the prodco, which will also worke with the latter’s network of production companies at UK, Germany, Spain and Denmark.

Françoise Guyonnet, executive managing director of TV series at Studiocanal, will oversee the overall editorial and commercial consistency at the company, in line with the other prodcos.

“By combining the talents of Studiocanal and Canal+ in a French production company, we want to increase our capacity to offer series firmly anchored in European culture with strong international appeal,” said Maxime Saada, CEO of Canal+ and chairman of Studiocanal.
“This development is part the overall plan to create within Vivendi a global leader in the production and distribution of European movies and series, of which Studiocanal is the spearhead.

Studiocanal CEO Didier Lupfer said French television series were “among the most appreciated by global audiences”, meaning it was “only natural to launch production operations in our country”.