Exclusive: BBCWW sells You’re Back in the Room to Poland & Portugal 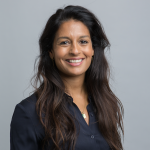 At its annual Showcase event in Liverpool, BBC Worldwide has revealed that the format license for You’re Back in the Room, a Tuesday’s Child title, has been sold to Poland and Portugal.

The local versions of the gameshow will be available to Polish and Portugese audiences from Spring 2018.

You’re Back in the Room sees five complete strangers take on a series of seemingly simple tasks for cash prizes. The problem is that the contestants are hypnotised with specific triggers designed to completely interfere with the games, making them much harder, more frustrating and as a result.

In Poland the format is already in production by ATM Grupa for free to air channel TVN under the local title Hipnoza. It will consist of eight episodes and be hosted by Filip Chajzer It will premiere on March 3rd 2018.

Ten episodes of the Portugese version of the show will be produced by Shine Iberia for commercial broadcaster SIC. The local version called DivertidaMente will be hosted by João Manzarra. It will premiere in Spring.

Sum Connock (pictured), creative director of formats, BBC Worldwide said: “We’re delighted that this truly unique and brilliantly hilarious format is launching in another two markets. Hypnosis is a fascinating process that when teamed with a gameshow creates an utterly entertaining experience for both the contestants and the audience”.

It has since been licensed to Australia, French Canada, France, Slovakia, Slovenia, USA, Colombia, Netherlands and New Zeland.

Tags: BBC Worldwide, Sumi Connock, You’re Back in the Room