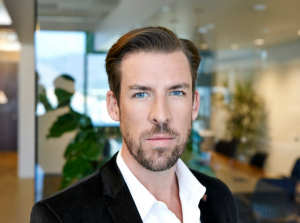 The pair will focus across A. Smith’s entertainment, documentary and sports divisions.

Dobson was a key part of the team that developed NBC’s new reality series The Titan Games, which features Dwayne ‘The Rock’ Johnson.

He has also worked on Team Ninja Warrior and Container Homes, and was previously VP of programming at another Tinopolis prodco, BASE Productions, which was merged into A. Smith in November 2016. Before that, he worked as a producer at Twofour Broadcast in the UK, where he worked on shows such as Channel 4’s BAFTA-nominated A Different Life.

McIntosh has been working as a producer in ESNA’s unscripted team, working on series such as Masterchef Jr., Biggest Loser and Page Six TV.

“Rupert has been a key player across all facets of our development cycle for many years now, and Duncan brings a depth of experience that will further bolster our production slate,” said Toby Gorman (pictured), the former FremantleMedia North America unscripted chief who became president of A. Smith in the merger with BASE.