CSA steps in as TF1’s dispute with operators deepens 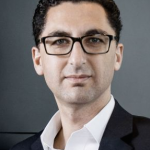 The media watchdog expressed disquiet about the possible consequences of the dispute and said it was available to facilitate discussions between the relevant parties, taking account of the interests of viewers and the economic situation of the operators concerned.

The CSA’s move follows a move by TF1 to take legal action against Orange following its demand last week that the telco cease retransmitting its services. The pair have been in dispute over carriage terms, with TF1 demanding retransmission fees in exchange for the carriage of its channels and new digital services.

TF1 filed an action calling on Orange to cease retransmitting its services via its IPTV boxes and stopped supplying its MYTF1 catch-up on-demand service.

Canal+ CEO Maxime Saada said that his company would ot pay to carry TF1’s services, arguing that the commercial broadcaster already profited from that the country’s operators distributed its services to their subscribers, while Maxime Lombardini, CEO of Free, said discussions between his company and TF1 had reached a dead end thanks to the “extravagant” demands of the broadcaster.