21st Century Fox remains confident that it will secure regulatory approval for its acquisition of Sky by the middle ofthis year, despite the Competition And Markets Authority’s provisional ruling in January that the deal was “not in the public interest”. 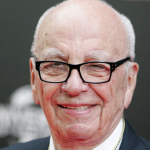 The UK competition watchdog provisionally blocked the takeover on the grounds that the acquisition of 100% of Sky by Fox could threaten media plurality.

Fox said in its latest quarterly earnings statement that it nevertheless expected its acquisition of the UK-based pay TV outfit to secure regulatory approval by the end of June.

The CMA suggested in January that Sky News could be sold off or separated from the Murdoch Family Trust to help alleviate its concerns. The regulator gave Fox a provisional green light over the contentious issue of whether a Fox-run Sky would meet broadcasting standards, noting that Fox had held a broadcasting licence in the UK for 20 years.

21st Century Fox’s cable networks helped boost the company’s numbers for the quarter to the end of December. Fox beat analysts’ expectations with a 5% increase in revenue to US$8.04 billion.

Operating income dropped from US$2 billion to US$1.44 billion year-on-year, driven down by the performance of the company’s domestic US over-the-air television operations and filmed entertainment.

Cable networks contributed a 3% increase in operating income to US$1.37 billion on an 11% increase in revenues. International networks revenues grew by 13%, boosted by Star in particular along with growth at Fox Networks Group International.

Fox’s US TV networks saw operating plunge by 85% to US$56 million on a 6% dip in revenues, thanks to lower advertising sales, which were also pushed down by lower NFL football and World Series baseball ratings. Fox was also hit by higher sports rights costs at Fox Broadcast Network.

Fox was also hit by losses at Hulu. The company’s share on the on-demand service’s quarterly losses grew by 30% year-on-year to US$108 million.

“We delivered another quarter of solid top-line revenue growth including the further acceleration of gains in global affiliate revenues and despite challenging revenue comparisons for our TV segment,” said executive chairmen Rupert (pictured) and Lachlan Murdoch.

“Our results also reflect increased investment behind higher volumes of global sporting events as well as film releases from our studio, which led the industry in Golden Globe awards and Oscar nominations.”

“Looking ahead, we are focused on continuing to deliver value to our shareholders through achieving our near-term growth plans, completing our proposed acquisition of the balance of Sky, obtaining the required approvals for the successful completion of our transaction with Disney and planning for the exciting launch of the new ‘Fox’.”