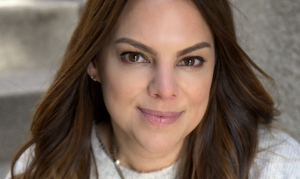 Bunim/Murray Productions (BMP) is elevating the role of senior programming and development staff after the exit of its co-president last year.

BMP’s Julie Pizzi (pictured) will be elevated from co-president to president of entertainment and development.

Farnaz Farjam Chazan will also be promoted from VP of current programming to senior VP of entertainment and development.

Sasha Halpert, who was in charge of both casting and BMP Films, the documentary division of BMP that she launched in 2007, will focus on development as the newly appointed executive VP of entertainment and development.

The VP of casting, Megan Sleeper, will be upped to SVP.

The move follows what BMP describes as its “most successful year to date” in 2017, which saw it producing 26 titles on 14 networks.

“One of BMP’s core values is to grow talent from within the organization, and it is my honor and pleasure to recognise these individuals who have spent much of their careers here,” said BMP CEO Gil Goldschein.

“I have the utmost confidence in our executive team: Sasha has led our award-winning film division since its inception, and her skills will allow us to produce more longer form documentaries and docu-series that audiences are craving.

“Farnaz has built one of reality television’s most successful franchises and has parlayed her experience with the Kardashians into other successful celeb-reality programs like [Facebook Watch’s] Ball in the Family.

“Since rejoining BMP, Julie has greatly expanded the breath of programming we’ve produced for linear and digital networks, including the watercooler series, Bill Nye Saves the World and Ball in the Family.”