Sergi Reitg, the founder and boss of Spain’s Imira Entertainment, is stepping down after 15 years, with kids TV industry veteran Paul Robinson taking over as CEO. 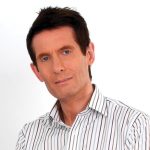 Reitg has decided to leave “on a high before planning his next venture” after Imira recorded record sales in the current financial year.

He established the business in 2003, but is planning to take a break from the international distribution and coproduction business “after which he will communicate his plans in the industry”.

The incoming Robinson is well known for senior management roles at the BBC, Disney Worldwide Channels and KidsCo.

The latter is children’s channel he founded in 2005. NBCUniversal took it over six years later, but decided to close it after taking over all the shares in rival kids channel Sprout (now Universal Kids).

More recently, Robinson worked for Your Family Entertainment in Germany, A Squared Entertainment and his own Creative Media Partners consultancy, which distributes Sindbad & the 7 Galaxies.

Imira distributes shows such as Hogie the Globetrotter, Lucky Fred and Sandra the Fairytale Detective to the likes of RTVE, Nickelodeon, Disney, HBO and Netflix. The company is part of India-based Toonz Media Group, which acquired it in early 2015.