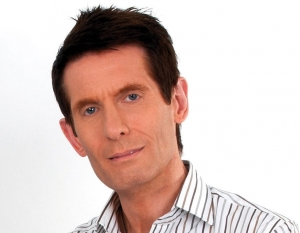 Robinson, who is now managing director of his own consultancy firm Creative Media Partners, is taking over the strategic and operative international roll-out of the channels beyond German-speaking Europe.

YFE was a key content supplier to KidsCo, the international children’s channel that was discontinued last year. “There is a gap in the market now that KidsCo has disappeared and YFE is best placed to fill that gap for platforms,” said Robinson.

YFE’s yourfamily channel operates as a pay TV service in German-speaking Europe, while RiC TV launched as a free-TV channel in September 2012.

The company also runs 20 mobile channels, and has a content library including shows such as Enid Blyton, Fix und Foxi and Urmel.

Robinson has been consulting since leaving Andy Heyward’s A Squared Entertainment, where he had been tasked with building the firm internationally. Before that, he had built KidsCo up into a globally-distributed channel after launching it 2005.

Prior to that, he was senior VP at Walt Disney Television International

He exited KidsCo in 2011 as the channel was taken over by shareholder NBCUniversal. The Comcast business then decided to close the network after acquiring all the shares in US preschool channel Sprout.

“Paul Robinson is the expert in the international kids television business,” said Stefan Piëch, CEO of Your Family Entertainment. “Highly innovative, he manages to set up operations very effectively. It is time for the success story of both, our award wining pay channel yourfamily and the roll out of “RiC” our innovative well-received free TV channel, to be continued beyond German speaking Europe.”