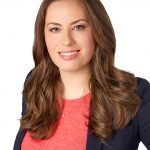 In her new role, Attwood (pictured) will continue to oversee the strategic director of Blue Ant’s international distribution arm.

She has previously spearheaded coproductions for the sales group, presales and worldwide sales activities while overseeing the business’ ongoing expansion and sales offices in London, UK and Toronto, Canada.

“Over the past four years, Solange has organically built a distribution business at Blue Ant that has grown from a few hundred hours of content to a robust catalogue with hundreds of hours of premium programming, in a broad range of categories,” said Michael MacMillan, CEO at Blue Ant Media.

“Solange’s leadership in content distribution combined with her proven track record of delivering on client needs and customer service has been a key driver of our Blue Ant Media’s growth.”