All3Media America’s CEO and COO are leaving the LA-based production and distribution business. 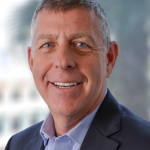 Lipstone has been with All3Media’s US since 2015, when he replaced Eli Holzman, while Donahue joined him as COO a year.

Before joining All3, Donahue had been a key exec at ICM, where he was also COO, overseeing a deal that saw ICM buys The Broder Webb Chervin Silbermann Agency in 2006.

The pair both worked as agents of LA talent agency ICM Partners, which Lipstone co-founded and through which he first worked with All3 in a representation capacity from its onset.

All3 is yet to name replacements, but the exits are understood to be amicable.

“We would like to thank Greg and Dan for their many contributions to the success of All3Media America and wish them both the very best in their future endeavours,” said All3Media CEO Jane Turton.

The exits comes less than a year after All3 began a plan to buy more Stateside production companies after hiring Carly Becker as VP of corporate development.

That move was characterised as a “clear indication” of All3’s US growth ambitions.