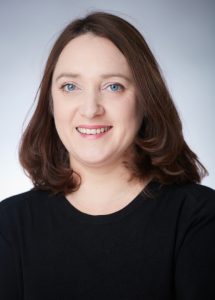 Parkinson joins Merman from Fremantle’s scripted comedy label Retort and will oversee the production of all Merman projects in the newly created role. She will work closely with Mountford.

The appointment follows the news last week that Merman has secured a two year deal with Amazon Studios in which it will have first-look rights to Merman concepts to which Horgan is attached and remake rights to Merman-produced television series.

Mountford said: “We are delighted to welcome Becky to the Merman family at this exciting time. Merman has projects in production with a range of broadcasters, and our busy and varied slate will be in a very safe pair of hands with Becky.”

Parkinson added: “I am thrilled to be joining the fabulous and inspiring Merman team and can’t wait to be a part of bringing their brilliant projects to screen.”

Merman’s output over the last year has included a 3rd season of Catastrophe (Channel 4/Amazon), Divorce (HBO), Motherland (BBC) and a number of comedy shorts for Sky.

Bliss, a co-production with Big Talk for Sky One, starring Heather Graham and Stephen Mangan, will air in February.