Sony Pictures Television (SPT) has launched Human, a new non-scripted label in the UK that will be led by well-known producer/director Alan Brown. 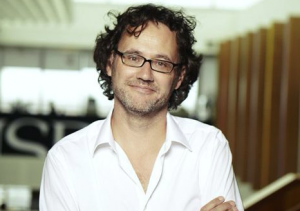 Human will look to create high end international content based around SPT’s existing intellectual property and that of the wider Sony family. It will also develop its own proprietary factual entertainment formats.

The new outfit will be based at SPT’s London office and report to the president of SPT International Production, Wayne Garvie (pictured).

Sony has brought in Brown, who has a range of production, development and commissioning credits that include formatted shows such as The Apprentice, The Restaurant, Grow Your Own Drugs, The Very Hungry Frenchman, and Honey, We’re Killing the Kids.

He has worked at some of the UK’s leading production companies including the BBC, ITV and Talkback; most recently he has worked with Twofour and at NBC Universal where he ran their Chocolate label, creating numerous series for the UK and the hit show The Manners of Downton Abbey for PBS in the USA.

Garvie said: “Non-scripted content – whether documentaries or entertainment formats – is a key part of our overall content strategy. Alan has been responsible for many wonderful programmes over the years and, with his drive and enthusiasm, is the ideal person to oversee our new label, Human.

‘’Within the Sony group we have multiple sources of intellectual property, many stories to tell; Alan will help us unlock this potential through the Human label’’.

Brown added: “I am enormously excited to be joining Sony Pictures Television. We will be making fabulous shows that are both revealing and entertaining. Our mission will be content that can emotionally engage the audience. At Sony and with Wayne Garvie I know I have the backing and belief to create big shows and to have fun making them.”