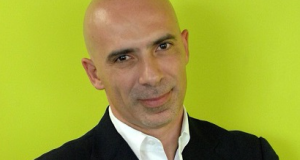 He will become COO at the Rome-based company, which has produced more than 30 original formats to establish itself as a top Italian indie since launching in 2010.

Salini was head of Italian free-to-air net La7 until June last year, having previously been managing director of FNG Italy between 2014 and 2016.

Salini also worked at another Italian channels group, Switchover Media, in 2012 and Discovery Networks Italy as VP of content a year after that.

Notably, Switchover is the channels business Stand By Me co-owner Nespega co-founded.

Stand By Me CEO and founder Simona Ercolani said Salini’s “talent, experience and knowledge of the international media market is of great value” and added he would “bring a tremendous contribution to the growth” of the business.

Stand By Me produced more than 200 hours of programming across scripted and unscripted in 2017.