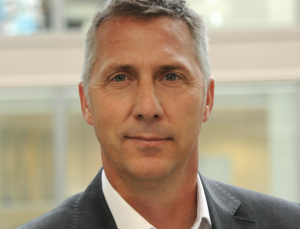 The prodco becomes the fourth scripted outfit to be added to Banijay’s UK division in the last year. It follows the launch of BlackLight TV, Fearless Minds and Yellow Bird UK in 2017.

Lewis and Walsh previously worked together at ITV Studios as executive producer and development head, respectively, and are already building an ambitious slate of bold and authored mainstream shows.

During their time at ITV, the pair were instrumental in building a prolific drama slate that included long running hits such as Mr. Selfridge and Vera, and event pieces including Marchlands and A Mother’s Son.

Lewis and Walsh said: “We are delighted to be part of Banijay’s ambitious new plans for producing drama out of the UK. We were particularly drawn to the dynamic, creative culture at Banijay and by their keen appetite to co-produce in Europe and the rest of the world.”

Peter Langenberg (pictured), COO at Banijay Group, said: “We are thrilled that Kate and Julia have brought Neon Ink to the Banijay family, they are an exceptionally talented team with unrivalled contacts in the scripted genre, and an exciting development slate.

“Neon Ink are a fantastic addition to our UK drama hub formed of BlackLight, Fearless Minds and YellowBird UK, and we look forward to adopting a similar growth strategy for non-scripted start-ups as we head into 2018.”