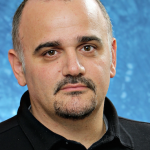 Based in Singapore, Kotsaftis will oversee the growth and development of Fox+, and look to import new consumption models to Asia.

Kotsaftis will report directly to Zubin Gandevia, president of FNGA. The company formerly only had a senior VP in the spot, Prakash Ramchandani, who will now report to Kotsaftis.

Kotsaftis was previously CEO of DStv Digital Media, a division of Multichoice that oversees the development of emerging platforms and products for the pay TV company.

Fox+ hosts a combination of Hollywood and Chinese blockbusters, TV series, sports and documentaries, and claims to be the only SVOD service in Asia to premiere first-run content at the same time as linear channels.

“My vision for Fox+ is to drive the next wave of growth for what is already one of the most loved consumer VOD products in Asia Pacific and the Middle East,” said Kotsaftis.

“The Fox+ team have created a true game-changer for entertainment lovers in the region, and I have no doubt that we will build on these fantastic successes to keep Fox+ at the leading edge of on-demand entertainment in Asia.”

This week, it was announced that FNGA will show its new original Celebrity Chef: East vs West on Fox+ in 2018.