Fox Networks Group Asia (FNGA) is set to launch its first season of original production Celebrity Chef: East vs West, which will be shown on Fox brands such as Nat Geo People, as well as Chinese VOD service Tencent. 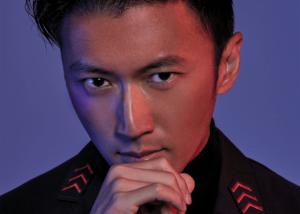 In the first half of 2018, the five-part series will see renowned celebrity chefs Nicholas Tse (pictured) and David Rocco travel to different cities around Asia where they will learn about the city, its food and culture, and prepare a dish handpicked by a local chef.

The production will air on Fox Life, Fox+, Nat Geo People in Asia Pacific and Tencent in China.

Sam Gollestani, head of entertainment production at FNGA, said: “Both David and Nic have a wealth of experience and expertise they can bring to the table, making this first season of Celebrity Chef the one to watch.

“The competition promises to be a memorable one as both chefs bring not only their extensive knowledge to our screens, but also their highly captivating on-air personalities and fascinating careers and back-stories. FNGA is very much looking forward to bringing these two charismatic chefs together and uncovering Asia’s best dishes.”

Tina Ma, senior VP at Tencent Penguin Pictures, said: “Culinary shows are very popular in China. We expect drama, fireworks and the best of cooking from both East and West as these popular chefs battle it out in this culinary adventure and are looking forward to bringing it to screens across China in partnership FNGA in early 2018.”