Finnish telco, cable and digital-terrestrial pay TV operator DNA has struck a deal with Discovery to continue airing the Discovery and Eurosport channels following the carriage terms dispute between the pair at the end of last year. 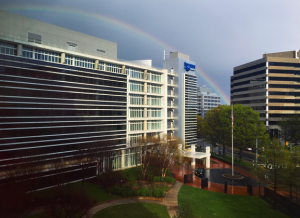 “We are very pleased to have come to an agreement with Discovery and to be able to continue distributing the popular channels to our customers without interruption,” said Pekka Väisänen, senior VP of DNA’s consumer business.

“We can now set our sights on the upcoming Winter Olympics, which can be viewed comprehensively by DNA networks’ customers.”

DNA warned in December that it could drop Discovery’s channels on January 1 after being unable to meet the factual channel’s demand for higher distribution fees.

The dispute was the latest in a series between Discovery and distributors in the Nordic region and elsewhere. The programmer’s channels disappeared from Swedish operator Com Hem’s cable and digital-terrestrial networks temporarily at the end of August, before the pair came to a deal that saw them reappear shortly afterwards.

Last year, Discovery also had a dispute with Telenor-owned Canal Digital over carriage terms, and had a well documented dispute with UK satcaster Sky.