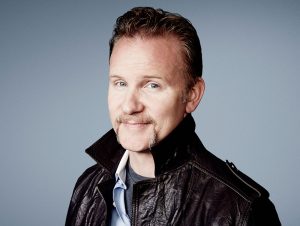 After Supersize Me’s Morgan Spurlock admitted to previous accounts of sexual misconduct, he has been dropped from a range of projects and left the prodco he founded.

Last week, Spurlock admitted on Twitter that he may have previously committed acts of sexual misconduct and that he feels he is “part of the problem” that has led to a range of public figures disclaiming the abuse they have received in Hollywood and beyond.

On the same day, he stepped down from his production company Warrior Poets, which was mid-project for a range of titles.

Since then, filming on TNT’s unscripted series Who Rules the World has been suspended – which was coproduced by Spurlock’s Warrior Poets and executive produced by the documentary maker.

Who Rules the World was originally created by Warrior Poets and Sarah Jessica Parker’s Pretty Matches Productions, in partnership with Refinery29. The doc focuses on the most pressing issues facing women today.

Warrior Poets has also pulled Super Size Me 2: Holy Chicken! from a premiere at the Sundance Film Festival. The second edition of Super Size has also seen distributor YouTube Red distance itself from the producer.

Spulock’s name will also now be dropped from The Devil We Know, a collaboration between Spurlock and Stephanie Soechtig.

YouTube Red, said: “We feel for all of the women impacted by the recent statements made by Morgan Spurlock. In light of this situation, we have decided not to distribute Super​ ​Size Me 2 on YouTube Red.”