Netflix has fired its global kids chief, Andy Yeatmen, after the exec made inappropriate comments to those who have accused The Ranch actor, Danny Masterson (pictured), of rape and sexual assault. 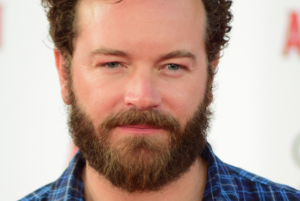 Yeatman is said to have told an alleged rape victim, prior to Masterson’s dismissal, that Netflix would take no action in the situation, as the company didn’t believe their claims, according to The Huffington Post.

The exec was dismissed on Monday, after HuffPo reported that there was a confrontation between Yeatman and an alleged victim during a kids sports event in LA.

When Yeatman was asked by a woman attending the event why nothing had been done to Masterson, he had told her, “we don’t believe them”. At the time Yeatman was unaware that he was speaking to one of the claimed victims.

Masterson was fired from The Ranch on December 5 after the alleged victim reported her story to HuffPo.

A Netflix spokesperson told TBI: “Mr. Yeatman is no longer employed at Netflix.”

Masterson is the latest in a string of individuals accused of sexual harassment and abuse in Hollywood.