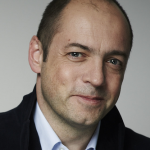 Neame, one of international drama’s most well known producers, will be upped from his previous role as managing director, which he has held since 2004.

In the new role, he will continue to lead Carnival’s production pipeline and creative vision within the NBCU division, whilst David O’Donoghue and Nigel Marchant will take on day-to-day leadership responsibilities as joint managing directors.

O’Donoghue has acted as Carnival’s chief operating officer since 2012 and Marchant has produced hit shows such as The Last Kingdom, working for the business since 2011.

Aliboo Bradbury will now become commercial director for the business. She joined Carnival in 2006 as head of business affairs.

Neame has been the driving force behind the Carnival’s most acclaimed productions, including Downtown Abbey and current series The Last Kingdom. His elevation to executive chairman follows a 30-year scripted production career, including a role as head of drama commissioning at the BBC.

He said: “I am delighted to step into the role of executive chairman, in order to focus on Carnival’s content strategy and creative vision, allowing David and Nigel to excel in more expansive creative leadership roles.

“With the invaluable support of Aliboo and the formidably talented senior team, these moves position us perfectly to continue our mission of producing the very best drama for global audiences”