Fremantle teams with 87 Films for development

FremantleMedia has partnered with 87 Films for creative scripted development. 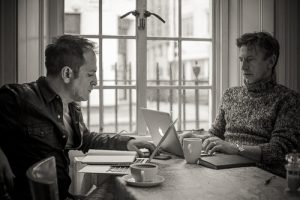 Under the agreement, 87 Films will collaborate on scripted projects for the international market alongside Fremantle’s global in-house producers.

The prodco is already developing dramas with Fremantle’s Wildside in Italy, Kwai in France, Miso in Scandinavia and FremantleMedia North America.

Sarah Doole, director of global drama for FremantleMedia, said: “Jim and Dudi are a creative force that will be a tremendous addition to FremantleMedia. They have an exceptional vision for stories that tie perfectly into our ambitions for our drama business. This key relationship will bring their talents to our global network of producers.”

Appleton and Keeble said in a statement: “Christian Vesper and Sarah Doole are hugely inspiring collaborators for us. We speak the same language. In an international television business that can seem increasingly corporate, they are passionate about great dramatic stories wherever they come from, wherever they lead. And telling those stories is what we do.

Collaborating with FremantleMedia’s global producers, we are creating authentic new drama that breaks through traditional borders of culture, language and place.”

The agreement with 87 Films is the latest in FremantleMedia’s creative partnerships.

Over the past few years, the company has invested in scripted creators including Miso Film, Abot Hameiri, Dancing Ledge, Fontaram, Kwai, Wildside, Bend It TV and Easy Tiger, and completed development deals with SLAM Films and Neil Gaiman.