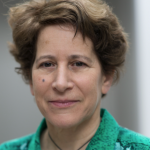 The Ink Factory has hired Film4’s Tracey Josephs (pictured) as head of production, and six other execs in its development, commercial and marketing teams, after securing US$180m in funding for growth.

Josephs will oversee physical production and participate in setting the strategic direction of the UK-based company.

She will help create and produce both theatrical films and scripted series.

Simon and Stephen Cornwell, co-founders of The Ink Factory, said in a statement: “The appointment of Tracey is key to driving continued growth of The Ink Factory following the closing of our recent financing. Tracey brings an extraordinary depth of wisdom and experience and we are privileged to welcome her to the company’s senior team.

“In addition, Aaron, Alexis and Jon will add to the already-strong bench in our development group, supporting our ability to work with our growing slate of material from le Carré and other world class creators.

“Jo will build out the expanded worlds of our stories beyond film and television. Chris will work on structuring and closing out the deals that underpin our creative work, and Amy will spearhead the process of introducing our stories to audiences around the world.”

The Ink Factory, best known for BBC-AMC coproduction The Night Manager, secured its latest tranche of funding earlier this month.