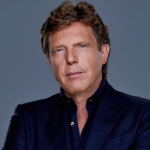 John de Mol has consolidated his media assets, including his Dutch commercial channels, in a new business called Talpa Network.

Endemol co-founder de Mol (pictured) has also said there will be a increased investment in new programming, with overseas programme owners encouraged to test their shows on his services, in exchange for equity stakes in the formats.

He cited Big Brother and The Voice, both of which he is credited for, as examples of how the model works.

De Mol has tested various formats on SBS6 to varying degrees of success. He bought full control of the free TV network and its suite of sister channels from Finnish company Sanoma in April.

In a speech yesterday, de Mol criticised the Dutch government for failing to protect local media interests and allowing overseas players such as Facebook and Google to dominate the advertising market.

According to various local news outlets, he said: “The cabinet is watching passively while foreign media giants eat the Dutch cheese from our bread.”

Earlier this month, the media production and distribution business de Mol founded after leaving Endemol, Talpa Media, announced it had terminated a four-year agreement with Talent International for rights to produce The Voice in China.

“Consequently, all rights that were granted to Talent, including any right for Talent to produce The Voice of China, have immediately and fully reverted back to Talpa Media,” the company said in a statement earlier this month. “We have taken appropriate steps to ensure that there is no financial impact.”

The pair had struck a co-development and production deal that gave Talent (also known as Zhejiang Tangde) production rights for seasons 5-8 of The Voice of China in January 2016.

That agreement came after Talpa ended a production agreement with Star Media, which had produced the first seasons of The Voice in China, and began legal proceedings with the latter over broadcast and ownership rights to season five.