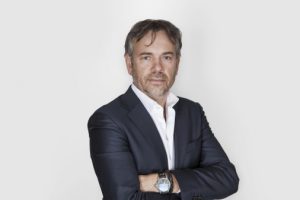 A former Talpa Media and BBC entertainment exec credited for co-creating The Voice and I Love My Country has joined Strix Benelux as CEO, with Roy Aalderink exiting.

Aalderink had been in the position since March 2014, when he joined from Zodiak Nederland. There was no word on his next role.

The new Strix chief is a formats industry veteran, having begun his career in 1994 at Endemol before joining K&B Events and Television (now part of All3Media-owned IDTV) and later launching his own firm, Screenyard.

After working closely with Talpa, he joined John de Mol’s company in 2007 before leaving to create primetime formats for UK pubcaster the BBC in 2013.

In recent years, he has been senior executive developer for German broadcaster ProSiebenSat.1. ”Being the new CEO of Strix Benelux is a great new step,” said Dijkema.

“Being a creative I certainly want to add new great formats and programs to our portfolio and continue to invest in the outstanding relationship with our clients,” he added.

Having operated in the Netherlands since 2005, Sweden-based Strix Television opened its Belgian office last year.