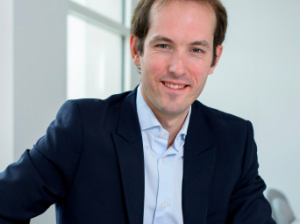 In his new role, Balmary will oversee business development for Banijay’s scripted projects – both through merger and acquisitions operations as well as organic growth.

He will report directly to Takis Candilis, head of scripted at Banijay Group, and will work with the existing scripted team and the local head of finance and legal from Banijay’s Paris office.

Gatin is responsible for international scripted series such as the recently announced English and Chinese drama, Farewell Shanghai – a co-production that will be shot in China along with partners including Breakout Films, France Télévisions, K’ien Production, Holy Mountain Films and Shanghai Media Group Pictures.

“As our international scripted business continues to expand I am extremely pleased to have appointed Frédéric in this significant role,” said Candilis.

“Banijay Studios International has huge potential to pursue growth by leveraging the development of the broad fiction activity across our group and Frédéric has the experience and skills to ensure that this task is delivered to the benefit of the entire scripted team.

“It is also a pleasure to welcome Camille.

“We recently announced a number of high level international projects which have just started production. Her knowledge and hands on experience will be invaluable for us and our partners going forward.”