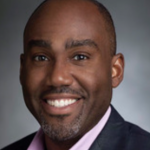 He will now work on the anthology series Amazing Stories, one of the first dramas commissioned by Apple and produced by Universal TV and Amblin TV.

A veteran of NBC, Sanders has served in a range of roles both in the company and for Universal TV in the past. He has held his role as head of current programming since 2015 and ran comedy at NBC from 2014-2015.

Sanders has also served as senior VP of drama programming with NBC, as well as SVP of comedy series for Universal Media Studios (now rebranded as Universal TV).

The former exec has overseen hit shows such as This is Us, the Will & Grace revival, Parenthood, 30 Rock and The Office, throughout his time with the companies.

Sanders said: “This was a not an easy decision, and the next chapter is truly bittersweet. I feel extraordinarily lucky to have worked at NBC during this amazing renaissance.

“NBC Entertainment chairman Bob Greenblatt and Entertainment president Jennifer Salke have been incredible leaders, friends and mentors. I look forward to crafting compelling, diverse and big-tent television beside Jen, Pearlena and the rest of the NBCU team.”

Sanders reported to Salke at NBC, who also oversees Universal TV in its entirety.