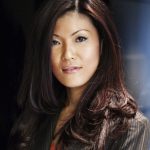 Lee has been appointed to the newly created role as CEO for new unit BAM Asia. A subsidiary of Blue Ant, BAM Asia operates under the company’s Blue Ant Kids & Global Networks banner.

Working at the company’s Singapore office, Lee will report to Ward Platt, CEO of kids and global networks.

Staudt will act as executive VP of Love Nature programming and development.

Also reporting to Platt, Staudt will be responsible for leading the global programming strategy of Love Nature’s linear and streaming video platforms internationally with the exception of North America.

Staudt will also commission original content to grow the brand’s extensive library of 4K natural history programming. She will report from Washington D.C.

She arrives at Blue Ant from National Geographic Partners where she served as senior vice president of global content partnerships and strategic development.

The new hires follow a string of appointments made by Platt this October, who has brought in a range of Nat Geo colleagues after departing the company in September when the kids and global division was officially launched.