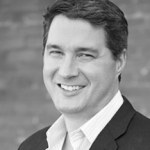 The two companies plan to make “significant investments into global film and TV projects via acquisitions, coproductions and co-financings”, they said in a statement.

Red Arrow’s current sales arm, Red Arrow International, will remain as a standalone, independent business, but will be “closely aligned” with the new firm “to achieve significant operational and strategic synergies”.

Gravitas operates as an all-rights feature film distribution company for the global market. It has carved a niche in indie movies and docs for global digital, SVOD and OTT services, and will remain a standalone operation.

Among its customers are AT&T, Apple, Altice, Amazon, Netflix, Hulu and Showtime among others.

All Gravitas staff will remain with the business as the deal completes, with Nolan Gallagher (pictured), Michael Murphy and Brendan Gallagher remaining minority owners. They will continue to lead the company on long-term contracts.

“International distribution has been essential to our success from day one,” said Red Arrow CEO Jan Frouman. “In the future, scale in this space will become increasingly important.

“Nolan, Michael, Brendan and their team at Gravitas are whip-smart, and have created a great business – one we would be hard-pressed to replicate on our own. Partnering together, we will have tremendous capabilities to package and sell films and TV to the growing list of buyers worldwide.”

Red Arrow International, which Henrik Pabst leads as managing director, will work to leverage Gravitas’ relationships with directors, producers and agents from the film biz, while continuing to focus on formats and TV programming.