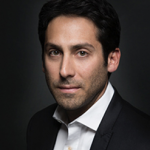 The co-founder of US producer Critical Content, Andrew Marcus, has exited.

Critical launched in January 2016 out of the ashes of Relativity Television, which was sold off after Relativity Media went under.

Marcus landed commissions such as CBS’s TV adaptation of Limitless, while co-chief Tom Forman scored a number of unscripted ordered.

“Andrew left Critical Content to pursue his own scripted and entrepreneurial ambitions,” said Critical CEO Forman, who will now lead the company alone. “I can’t thank him enough for his help during the company’s startup period.

“All of us at Critical Content couldn’t be more excited or better positioned for the next phase of our plan: scaling our core non-scripted business through acquisition and organic growth.”

Critical has been well financed since launch, with backers such as Anchorage Capital Group, Falcon Investment Advisors and Luxor Capital Group investing US$75 million at launch nearly two years ago.