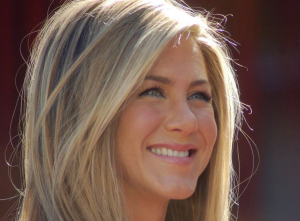 The show will follow the staff and stars of a morning TV show in the States, and Apple has given it a straight-to-series, two-season order comprising 20 episodes.

Reports in the US describe the bidding war around the show was competitive with multiple networks in the mix, highlighting the clout Apple is bringing to market for original shows.

It has been suggested each episode of the Media Res-produced show could cost as much as US$10 million.

Ellenberg will produce alongside Aniston’s Echo Films and Witherspoon’s Hello Sunshine. Both Aniston and Witherspoon executive produce and take ownership stakes in the series, which is based on Brian Stelter’s book Top of the Morning: Inside the Cutthroat World of Morning TV.

The series will “will transport the audience to worlds of wonder through the lens of today’s most imaginative filmmakers, directors and writers”, according to Apple.

The tech giant’s move into original content has provided producers with and powerful and moneyed new client, but many broadcasters and SVOD services sees its entrance as a significant threat. Reports this week suggest Apple outbidded Netflix and CBS-owned Showtime to the currently-untitled Aniston-Witherspoon series.