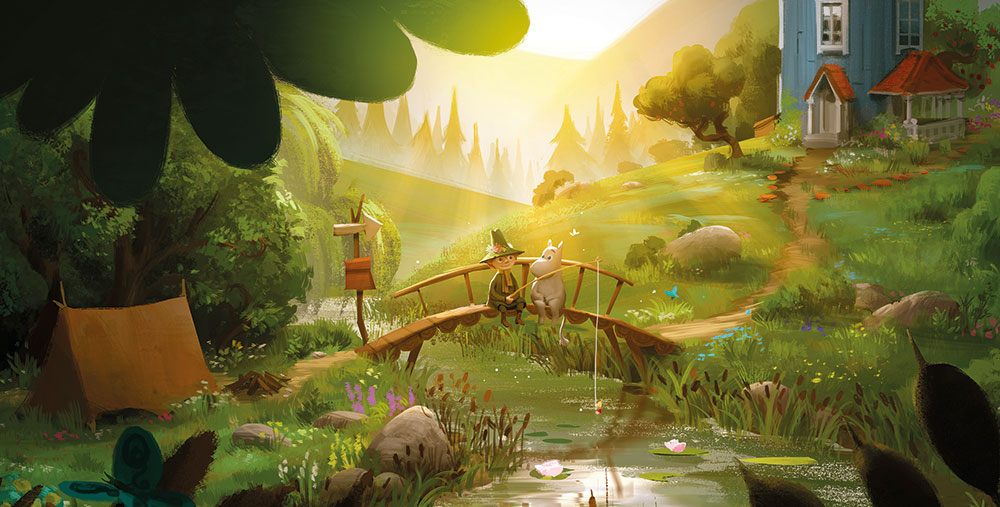 Sky 1 in the UK and Ireland will broadcast Moominvalley, marking one of the largest investments in kids TV for Fox-backed pay TV service Sky.

Moominvalley comes from Gutsy Productions, a Finnish production house that acquired a multi-year licence to produced Moomins-themed programmes from Moomin Characters, which houses and protects the IP.

Finnish pubcaster YLE is already attached to Moominvalley, which will air on Sky 1, SVOD service Now TV, the authenticated Sky Kids app and other Sky on-demand platforms in late 2018.

Former FremantleMedia Finland and Friday TV chief Marika Makaroff, who launched Gutsy and secured rights to the Moomins characters, said: “Moominvalley is very much a Finnish-British collaboration, with a top-quality UK team that includes the Oscar-winning director Steve Box and Emmy-winning writing duo Mark Huckerby and Nick Ostler – alongside all of this incredible acting talent.”

Swedish-speaking Finnish author Tove Jansson first committed the Moomins to paper in 1945. There have subsequently been a number of TV series, including a German-Polish-Austrian stop motion series in the late 1970s and early 1980s and a Japanese-Finnish-Belgian anime coproduction, Moomin, between 1990 and 1991.

The story in quotes

Adam MacDonald, director of Sky 1:
“Rosamund Pike, Kate Winslet and Taron Egerton coming together in one Sky One show – how amazing is that? The Moomin stories are absolute classics so I can’t wait for them to hit our screens next year.”

Lucy Murphy, head of kids content at Sky:
“With their beguiling adventures, magical setting and a cast of fantastical creatures, Tove Jansson’s beautiful books have been a well-deserved family favourite for decades and we can’t wait to bring the joyous Moomin world to Sky families in this fabulous new series.”

To read a full interview with Marika Makaroff about Moominvalley, click here