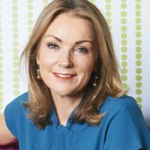 She has been named European creative director of worldwide video, a role that will see her commissioning original content from Europe.

Apple has committed US$1 billion to content in a bid to rival SVOD leaders Netflix and Amazon, and has hired a slew of US-based programming executive to lead the push.

Sources first indicated Hunt was in talks with Apple last month. Apple reps declined to comment at the time, but the company, best known for the iPhone and Macbook computers, has now confirmed her employment.

Hunt will report to Apple’s head of worldwide video, Zack Van Amburg and Jamie Erlicht. The trio worked together on Channel 4 sci-fi anthology drama Philip K. Dick’s Electric Dreams, when Hunt was chief content officer at the UK broadcaster and Van Amburg and Erlicht were co-presidents of Sony Pictures Television.

Hunt left Channel 4 last month. She had applied to become CEO of the network, which ultimately hired former Shine Group chief exec Alex Mahon as its new leader to replace David Abraham. Hunt had been linked to Netflix after announcing her departure as a UK TV commissioner.

Apple, meanwhile, is believed to be close to its first major drama commission, a reboot of Stephen Spielberg’s Amazing Stories. It has already launched reality series Planet of the Apps and formatted Carpool Karaoke.

A big question mark remains where the firm will distribute its original shows, as both of its previous originals went out through subscription service Apple Music, which is not the best fit for high-end TV in terms of branding and awareness.

A report today suggests Apple will initially look to find family-friendly programmes that do not include nudity, violence and foul language.