UK-based Zinc Media is buying Tern Television Productions for a total value of up to £5.45 million (US$7.20 million). 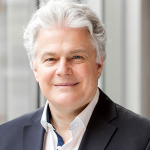 The deal for the Glasgow-based prodco Tern, which David Strachan (pictured) has led since 1988, comprises an initial £2 million, £1.1 million in surplus cash and an earn-out consideration on up to £2.35 million payable in shares and cash.

Tern launched in 1988, and is behind shows sich as Sky 1’s Britain’s Lost Masterpieces and Channel 4’s Rivers with Jeremy Paxman among others.

Zinc has been moving towards a consolidation model since recapitalising in mid-2015, a process that saw co-founder Bob Geldof and Tim Hoare stepping down.

Reef was added to the stable after Zinc rebranded from its former identity as Ten Alps.

A £3.5 million share placement, which was described as “oversubscribed”, has been created to finance the Tern deal. Several board members are participating in the raise.

“We believe this acquisition will place us in a strong position to further expand and grow in an industry which is experiencing ever-increasing demand for original content, due to the rapid growth of connected devices and new TV platforms,” said Zinc chairman Peter Bertram.

“By augmenting our business through acquisitions such as that of Tern, the enlarged group will have greater abilities to reach new markets, to establish strategic relationships with broadcasters and international commissioners and to produce innovative content.

Zinc expects Tern’s management team, led by Harry Bell, to remain with the prodco after the deal closes.

Zinc came close to merging with another UK-based media company, Brave Bison, earlier this year, but that agreement fell through.