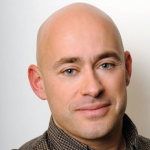 He will lead Koska, in which ITV will have a minority stake, as CEO and focus on returnable non-scripted programming.

Joining Emmerson at Brighton-based Koska will be former James Grant TV board director David Phillips, who will be director of entertainment.

ITV Studios Global Creative Networks managing director Mike Beale will sit on the board and work to maximise the value of Koska’s formats.

“Nick is a fantastic creative talent as well as being a very successful business leader,” said ITVS MD Julian Bellamy. “We’re very glad to play a part in this new venture and look forward to watching Koska thrive under Nick and David’s expertise.”

Emmerson was previously CEO of Supernanny creator Ricochet, which along with companies such as Twenty Twenty and Wall to Wall comprised Shed Media. He also ran Shed’s American arm, Shed Media US, where during seven years as president he executive produced shows such as The Choir, The Marriage Ref and Don’t Tell the Bride for a range of US channels.

“I want Koska to be a truly creative and entrepreneurial place to be,” said Emmerson. “There’s nothing I like better than building a team that thrives together. David is a fantastic first signing for us.”