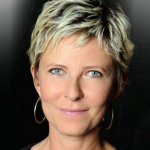 It has been a difficult few days for the international TV industry, with Wegelius’ passing coming just days after the death of former National Geographic and FremantleMedia North American chief David Lyle.

Wegelius had a long career spanning four decades in both Swedish and international television, and was programme director at SVT between 2007 and 2013, where she commissioned the reality format Eternal Glory among other shows.

She is credited with modernising the pubcaster, and her career can be linked to Sweden’s rise as an important international television territory, especially in reality TV.

Before SVT, she was part of the team that created commercial broadcaster TV3, and was its first programming chief.

She also launched Scandinavian indie Wegelius TV, which created and produced international formats such as The Big Class Reunion.

“Annie had a natural gift for TV production, and she showed great courage when she lead a historical shift at SVT. She wanted, in her own words, ‘to burl the public service cardigan’ and injected energy, creativity and greatness not only in SVT, but also in the Swedish TV industry as a whole.

“Without Annie Swedish TV would have been wet and miserable – even outside of Nordic noir.”

Tributes from the TV industry have been extensive since the announcement of Wegelius’s death yesterday.

“Annie has been one of the most important people in making Swedish television great,” said Patrick Svensk, the former Nice Entertainment Group, Zodiak Television, Kanal 5 and TV3 exec, who worked with Wegelius at various points throughout their careers.

“She created channels and production companies and, as one of few, managed to deliver sustainable quality both in the commercial as well as the public space.

“In her position as programming director for SVT, she made them the best commissioning broadcaster in Scandinavia. She was in the forefront of bringing the television world to Sweden and then helped taking Sweden out into the world.

“She was brilliant, fun and had very high levels of  integrity. I enjoyed working with and along side her so much all through my career in television and I truly miss her.

Reed MIDEM’s director of television, Laurine Garaude tweeted: “At a loss for words. A wonderful, talented lady leaves us. All my deepest condolences.”

SVT’s content strategist and formats acquisitions exec Markus Sterky said Wegelius “was not your usual public service person, and that is perhaps why she was so good at it. Her natural entrepreneurial talent combined with curiosity meant you never knew what would happen next, but her energy and passion helped you believe, and made you want to help her achieve the goal”.

“Annie was that rare combination of being a visionary a doer and an enabler,” said SVT head of programme acquisitions Stephen Mowbray. “She inspired everyone around her to be more creative and bold and the results were dramatic. Her legacy at SVT and the media world lives strong.”

“Annie always saw the audience in her mind,” added SVT chief Stjärne. “Her sense of direction and implicit understanding of what the viewers wanted were so obvious she even gave them what they did not know they wanted.

“The sense of loss of a friend is felt deeply, at SVT, in the Swedish TV industry, and among colleagues around the world.

TBI would like to extend its support and condolences to Wegelius’ friends and family.