UK paycaster Sky is to scrap overnight measurements in favour of a seven-day cumulative audience read.

Sky director of programmes Zai Bennett said the “way the industry reports on TV viewing ultimately means that we’re under-selling ourselves”, adding: “We need to be more transparent.”

In an open letter, Bennett said Sky was “supportive” of UK ratings agency BARB and its work on Project Dovetail, which is aiming to incorporate on-demand and online viewing data into its readings, but would no longer look to those numbers.

Sky has been releasing many of its original shows such as Riviera and Tin Star (pictured) in their entirety through its download service, and offers them direct-to-consumer through the no-contract Now TV service.

Bennett claims up to 60% of the audience for these shows is “completely missed in official figures”.

Episode one of Tin Star had an overnight audience of 342,000, but was actually watched by more than 1.6 million people, with 323,000 views coming through the Sky Go and Now TV apps, according to Bennett.

“So from now on, at Sky we’re going to completely change the way that we measure and report on the performance of our programmes,” said Bennett. 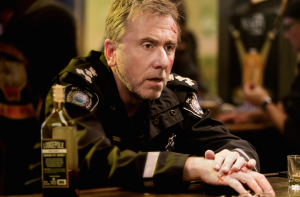 “Our new focus will be a seven day cumulative audience. This is available from BARB around two weeks after an episode first airs and captures viewing to all linear broadcasts, including repeats, as well as most catch up and on demand viewing through a TV set, including those watching with NOW TV.”

Sky will now give shows released as box sets such as Tin Star will now be given a ‘total programme consumption figure, which Bennett claims will give a more accurate picture of the show’s audience.

“Overall, this issue isn’t something that just affects us as a business, it affects the whole industry. I’d encourage other broadcasters to also use a more transparent viewing picture, so we all have a more accurate sense of the shows that have really captured the public’s imagination,” he said.