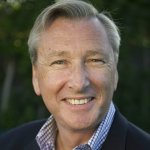 The well-liked and much-respected executive succumbed after a long fight with cancer on Thursday at his home in LA.

The Australia-born Lyle was permanent figure at international markets such as MIPCOM, and was widely respected for his humorous, straight-talking approach to business.

He made major contributions to the international TV business at companies such as FremantleMedia North America, where he brought American Idol to the US, Fox Reality Channel and National Geographic, where he was CEO.

He had initially been a presenter on Australia networks, before joining the executive ranks for the ABC, Nine Network and Ten Network, before beginning his international career at FremantleMedia predecessor Pearson Television.

Lyle was also a co-founder of formats protection organisation Frapa and more recently oversaw the creation NPACT, the merged operation of the Nonfiction Producers Association and PactUS, the American arm of UK producers body PACT.

“David Lyle was a rare breed, in our industry and in the world,” said John Ford, general manager of NPACT. “A true ‘bon vivant’, he brought light and life into every room, along with a passion for the creatives of this business.

“We will all miss David’s maverick mettle, along with his vitality, brilliant insights and humor, and offer our deepest condolences to his wife Janne, his children Sam, Polly and Joanna, and his many friends and colleagues.”

News of his passing prompted further tributes from all corners of the international TV industry.

A statement from Nat Geo read: “Please join us in offering condolences to the family of our former CEO and colleague, David Lyle”, while doc filmmaker Morgan Spurlock tweeted: “David was one of the good ones – will miss you my friend.”

Aussie content body Screen Producers Australia (SPA) commended the life of a “true force in the progression of the television industry at the highest levels”.

“David Lyle was a true champion of the creative development of the television industry and independent producers from the start of his career in Australia,” said Michael Deaner, SPA CEO. “This core passion was reflected in his international success and will serve as one of his key legacies.

“As FremantleMedia’s breakthrough executive in the US market, he took his innate maverick charm through to every level of his sterling ascension through the international broadcasting ranks.”

“He was not only at the forefront on content development, but a tireless advocate for the issues affecting the industry globally in his devoted work with trade associations.”

TBI would like to offer its condolences to David Lyle’s family and many friends.

He is survived by his wife and three children.