The Walt Disney Company has a new president for the EMEA region. 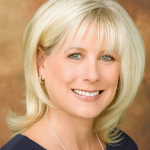 Rebecca Campbell (pictured) will replace Diego Lerner in the post on January 1, with the latter taking on a “new role as a part of the Walt Disney management team” back in his native Argentina reporting to Disney chairman Andy Bird.

She does not have international film or television experience, but Bird said her “ability to manage and lead the many disparate and geographically diverse stations across the US with such incredible success makes her the best choice to lead our efforts in such a complex region”.

The outgoing Lerner has been EMEA president since 2009, overseeing all business lines except ESPN and Disney Resorts Paris.

Disney credits him with restructuring the business to put local relevance at the core of operations in more than 100 territories across EMEA.

Before that, he spent ten years in Latin America working on the business template that Disney now employs around the world.

Bird said his contributions had been “transformational and long-lasting.

“In addition to successfully helping us expand in key international markets, launching new businesses and developing new programming, he is a trusted advisor and tireless advocate for what makes Disney stand apart: our commitment to creating high-quality family entertainment,” he added. “While Diego will be returning home to Buenos Aires, he will remain a key part of the WDI management team.”

Given Rebecca’s leadership role in the ever-changing media and entertainment landscape, she is uniquely positioned for success. Her combination of creative experience, leadership skills and business acumen will be a tremendous asset as we continue to develop new avenues of growth.”

For Disney, it is a second major international management change this year following the departure of the long serving Disney Media Distribution president Ben Pyne.