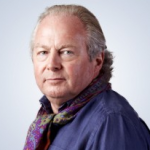 Richard Holloway is leaving FremantleMedia UK producer Thames after 20 years with the business.

During that time, he has produced shows such as Pop Idol, The X Factor and Britain’s Got Talent.

His career in entertainment, however, spans five decades, making him one of the most recognisable figures in British television and media. His credits also include Spitting Image, Sunday Night at the London Palladium and New Faces.

Earlier this year, Holloway stepped back from his role as interim CEO of FremantleMedia UK, the British arm of X Factor company FremantleMedia.

At that point, Channel 4 entertainment chief Liam Humphreys took over as chief executive of unscripted at FremantleMedia UK.

However, he remained managing director of Thames, which produces shows such as Take Me Out and Blankety Blank along with glitzy competition shows X Factor and Britain’s Got Talent.

FremantleMedia CEO Cecile Frot-Coutaz, said: “Richard is a true giant of the television industry. He has helped make FremantleMedia the entertainment powerhouse it is today, and I speak on behalf of his many colleagues, countless friends and the many generations of talent he has mentored in thanking him and wishing him well for the future.

“Showbusiness and television are in Richard’s blood, and I am sure he will continue to make his mark on the industry for many years to come.”

“I’m incredibly proud to have been at the helm of Thames at a time when we created some of the most genre-defining shows in the history of British television and helped define the cultural zeitgeist for an entire generation,” said Holloway.

“Thames is a wonderfully special place, bursting with creativity and talent. Sad as I am to be stepping down, I’m looking forward to embracing the many exciting challenges and opportunities ahead.”