Jeff Ford, one of the most familiar faces in UK and international TV, is retiring, with the separate exit of Toby Etheridge sparking a rejig at Fox Networks Group (FNG) Europe & Africa. 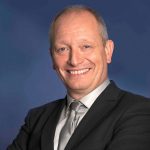 Ford is stepping down from his posts as managing director of FNG UK and senior VP of original content for Europe and Africa. This brings to an end a career in TV that has spanned more than 40 years.

Ford is well known for his time as a buyer at Channel 4, where he acquired major US series such as Desperate Housewives; as director of programmes at Channel 5, director of content at Ireland’s TV3 and his spell at Fox, which began in 2015.

Over the past year, he has been spearheading FNG Europe and Africa’s push into original content. A first drama, the Mark Strong-starring political thriller Deep State, launches across 50 territories in spring next year.

He will continue to consult in this capacity until mid-2018.

Also exiting is Fox UK head of programming and scheduling Etheridge, whom is understood be leaving for a “new external opportunity”, according to a source.

FNG UK director of global acquisitions Shoshana Wilson has been promoted to replace him as programming and scheduling chief.

This puts her in charge of the Fox, National Geographic, NatGeo Wild and YourTV channel brands.

Recruitment processes for her previous role and that of Ford are already underway.

“With a career spanning over 40 years, Jeff Ford is synonymous with the UK television industry,” said FMG Europe and Africa COO Diego Londono. “Since joining our organisation in 2015, Jeff has been instrumental in the success of our UK business, alongside creating and launching our original scripted content strategy for the region.

“Following his decision to retire at the end of the year from his full-time role, we are thrilled that we’ll continue to be working closely with Jeff well into 2018, as we launch our first regional commission Deep State in over 50 markets across the region.”

“Shoshana has been an incredibly important part of our European programming team and I’m delighted that she will be stepping up into this new role, to focus solely on our UK business, as we create some of our most ambitious schedules for our British viewer,” he added.
Earlier this year, another long-serving Fox UK programming exec, Jason Simms, moved to Sky Vision, the UK-based distribution cousin of Fox.