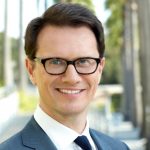 He was previously chairman and CEO of Fox Networks Group (FNG), and has worked with the Murdoch media empire since 1989 when he joined as intern.

This means he remain in direct control of Fox Broadcasting Company, Fox Sports, FX Networks, National Geographic, 20th Century Fox Television and FNG in Europe and Asia. He took over FNG in 2012.

“As part of our ongoing work to evolve and expand the 21CF leadership structure, we’re pleased to name Peter to this newly created position,” said James and Lachlan Murdoch in a statement.

“Peter has driven exceptional growth at Fox Networks Group during a time of real transformational change in the business, expanding our audiences and innovating new distribution models, from which the Company, our shareholders and our customers have benefited greatly.”

Rice is credited with leading Fox’s involvement in VOD service Hulu, and overseeing the launch of various authenticated streaming apps and the expansion of cable network FX into a three-channel suite.

Fox has also produced shows such as Empire, Fargo, American Horror Story, American Crime Story, This is Us, New Girl and Glee under his stewardship.