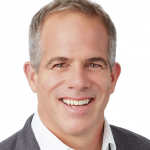 Platt will be responsible for leading and growing these assets with the assistance of the management team from the recently acquired RTL CBS Asia business, which will oversee the global networks business in Asia. Similar global networks teams have also been established in EMEA, and Latin America to help run the business in these regions.

“I am excited to be joining the Blue Ant Media team as CEO for global networks and kids,” said Platt. “We have strong brands that are rapidly growing in popularity around the world thanks to the great content our sister divisions are developing – including content coming from NHNZ, Northern Pictures, Beach House Pictures and other third party production partners.

“We now have moderate scale to our business, good momentum and strong teams on the ground in Asia EMEA and Latin America, who are focused on creating rewarding partnerships with distribution platforms across the globe.”

ZooMoo networks is an interactive children’s nature broadcaster that has TV channels in more than 20 territories, while Love Nature 4K is an international SVOD service available in 60-plus countries.

Blue Ant announced the news at the Content Asia Summit in Singapore, where Platt is due to speak on the conference’s closing keynote panel.