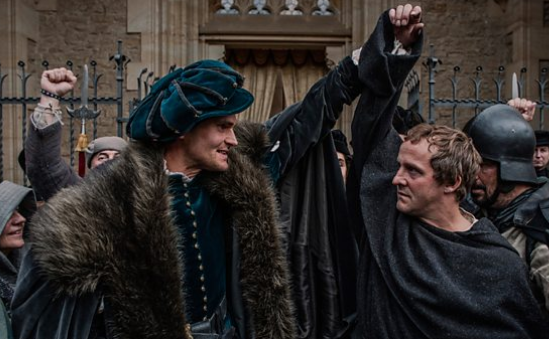 Reformation: The Story of Martin Luther is a 2x120mins series that about the life of the titular religious figure, whose thesis changed the Catholic Church forever.

FremantleMedia-owned UFA Fiction produced the show for German pubcaster ZDF, with FremantleMedia International doing the deal with the BBC.

This year marks the 500th anniversary of the Reformation. BBC Four will play the show this autumn, and is also planning a show from Matchlight Productions about Choral Evensong. BBC Studios also working up Books of the Reformation with Janina Ramirez.

BBC Four has positioned itself as the UK’s leading broadcaster of foreign-language scripted, though Channel 4-backed VOD service Walter Presents is dedicated to the genre.

Another slow TV effort is The Monastery, which comes from Tigerlily Productions and is a collaboration between BBC Documentaries and BBC Religion.