Gaumont has promoted Tim Stephen to the post of head of US business and legal affairs at its LA office. 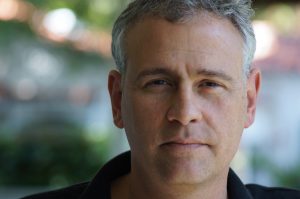 Stephen will oversee business and legal affairs for film, television, animation and distribution for Gaumont’s US office.

Stephen joined Gaumont in October 2014 as senior VP of US business and legal affairs.

During his tenure he has worked across multiple projects including Narcos, currently in pre-production for season four for Netflix and F is For Family, renewed for season three on Netflix.

Christophe Riandee, vice CEO at Gaumont, said: “Tim has proven to be an invaluable member of our team with his broad-ranging experience across all entertainment-industry disciplines, including business and legal affairs, television development and production, and international co-financing.

“He is respected for his inclusive leadership style and focused approach to problem-solving, and is fully deserving of this promotion.”

In a producing capacity, Stephen served as president of Adam Productions. He began his entertainment career with positions at MGM/United Artists, 20th Century Fox Television and ABC Productions.