On-demand TV service Wuaki has changed its name to Rakuten.tv, following a global rebranding exercise by its parent company, and, according to Spanish press, has set a goal of doubling its subscriber base over the next two years. 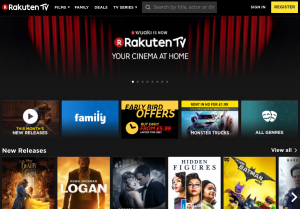 Rakuten.tv is currently available in a dozen European markets. Wuaki, originally a Spanish on-demand outfit, was acquired by the Japanese e-commerce giant Rakuten in 2012.

The company last week kicked off a four-year, €250 million (US$289 million) deal with FC Barcelona whereby it will be the club’s global sponsorship partner. The deal, originally agreed in October, is designed to raise the profile of the Rakuten brand in Europe.

Rakuten.tv currently has about five million registered users in Europe, of which about 40% are in Spain.

Wuaki/Rakuten.tv CEO Jacinto Roca told Spanish press that the company would focus its activity on movies, and said that he hoped to be able to reduce the window in which movies became available on VOD from three months to one month.

Rakuten.tv will also invest in producing its own movies, with the aim of distributing them across the countries in which it is present. Roca was quoted by Spanish business title Expansión as saying that the first title would be announced in the final quarter of this year.