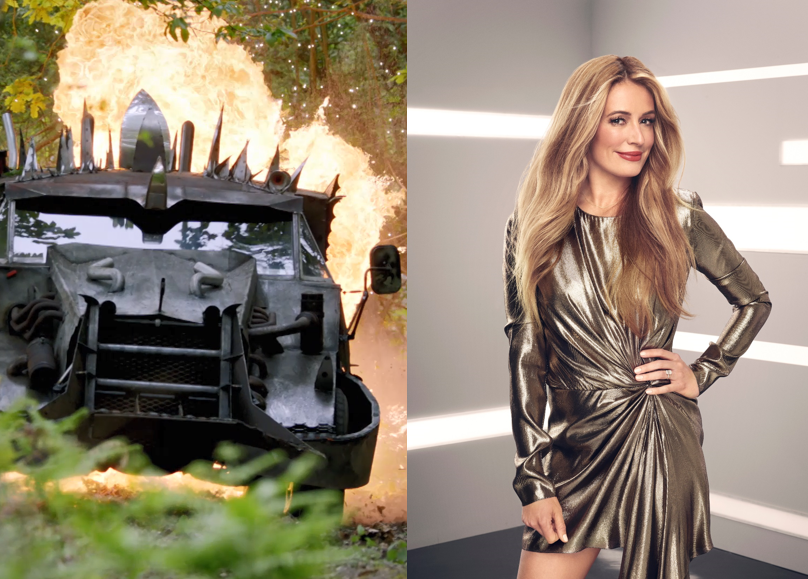 Sky 1 is set to bring in three new entertainment shows for Sky and Now TV customers.

Sky’s UK pay TV platform will feature an a cappella singing contest, Sing It, hosted by Cat Deeley, marking her return to British screens after years in the US. The show brings together 30 a cappella groups who compete in three rounds, in a seven-episode series.

Sing It is directed by concert and music director Sam Wrench, who has worked with the likes of The Weekend, Coldplay and Mumford and Sons. The show is produced by Banijay Group’s Fizz, and executive produced by Peter Usher (Sing If You Can, Britain’s Brightest) and Clair Breen (Britain’s Got Talent, The X Factor).

The commissioner for the show is Bill Hobbins and it will head to Sky 1 in September.  International distribution for the series and format will be handled by Sky Vision alongside Banijay Rights, with the pair representing the format rights in their production territories.

In addition Sky will bring in Revolution, an extreme sport action-entertainment show which will pitch skateboarders, BMXers and skates against each other.

Revolution, due to air in early 2018, is produced by Znak & Co and Motion Content Group (fka GroupM Entertainment). It is executive produced by Natalka Znak (I’m A Celebrity, Get Me Out of Here!, Hell’s Kitchen) and Glenn Coomber (Strictly Come Dancing, The Jump) for Znak & Co, and Abigail Adams (The Jump, Wild Things) for Motion.

Lastly Carmageddon, a show that brings together teams of engineers, mechanics and drivers to transform their wildest car concepts into reality, will be brought in next year.

The six-episode series is produced by Primal Media, in which Lionsgate has a stake, and Motion, with executive producers Mat Steiner and Adam Wood for Primal and Melanie Darlaston for Motion. The commissioner for the show is Barbara Lee.

“The adrenalin-fuelled Revolution brings a unique entertainment spin on extreme sports, Carmageddon turns cars into monsters and Sing It celebrates the joy of the unaccompanied voice at its purest. There’s something to get everyone either on the edge of their seats or dancing round the living room.”