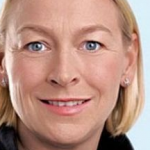 Marina Williams, who is the existing COO of international operations, oversees Central, Eastern European and Middle East territories, Poland, Russia and Africa will report to Bamford.

Reporting to Endemol Shine Group CEO Sophie Turner Laing, Bamford begins the role in October, based in Amsterdam and London offices and takes a seat on the group’s executive team and commercial boards.

Bamford will replace Martha Brass who has left for some time out after 8 years in the company and before her next challenge, according to an Endemol Shine spokesperson.

Brass took the reigns at Endemol Shine in 2015 after her co-international CEO Gary Carter departed.

Turner Laing said: “Nicola combines a truly global outlook with commercial prowess, creative instincts and infectious enthusiasm. A great combination of skills and experience and a perfect fit for our group and the role. We very much look forward to welcoming her to the fold.”

Bamford joins from Sky where she held a series of senior roles across the UK, Germany and India across the last decade most recently director of international OTT.