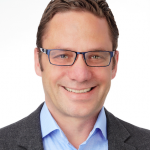 Blue Ant Media has added to its senior management team by bringing in Sam Sniderman from Vice Media-owned Pulse Films.

Sniderman has been named global head of commercial affairs at the Toronto-based broadcast, production and distribution company.

He was previously global COO and managing director for film and entertainment at UK-based Pulse, which sold to Vice last year.

He will oversee Antenna Pictures, NHNZ and Northern Pictures, all of which joined the fold when Blue Ant bought Racat.

Based out of the UK, Sniderman will report to Raja Khanna, CEO of television and digital at Blue Ant.

“As Blue Ant Media continues its international content expansion, it is critical that we have the right talent in place to spearhead the commercial aspects of our global production business,” said Khanna.

“Sam brings to the table an acute commercial mindset, with a natural understanding for the creative process and those who lead it. He is ideally experienced to take on this new role at our company.”