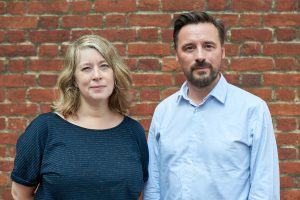 Hopkinson will build and develop his own slate and produce new Andrew Davies-penned BBC drama A Suitable Boy.

Mutter is leaving her role as head of scripted production at European pay TV business Sky, where she worked on Tin Star and Riviera during a six year run, to take on the same role at War and Peace prodco Lookout Point.

Other changes see current head of development Laura Lankester becoming executive producer and director of development, with Will Johnson upped from an executive role to replace her.

Stella Merz, has been promoted to development script editor and work on BBC-HBO coproduction Shibden Hall and A Suitable Boy.

Lookout Point’s model has shifted from a financier to a full production house since former BBC drama exec Faith Penhale joined the business in February 2016 as joint chief exec.

“In the last eighteen months, we have grown from being a financier and co-producer into a fully-fledged and very active production company under Faith’s inspiring leadership,” said Lookout Point chairman and joint CEO Simon Vaughan.

“Attracting and nurturing the best talent is core to the future success of Lookout Point and these new appointments and promotions position us with enormous strength”.