The deal is understood to see Professor Green: Suicide and Me producer Antidote receiving around £1 million (US$1.3 million) from the Edge Creative Enterprise Fund. 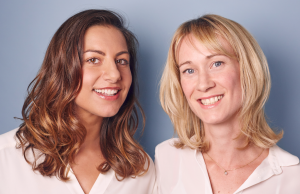 Jones is a BAFTA-winning filmmaker, while Monks worked at Zig Zag Productions and TVF International before Antidote launched in 2014.

“Partnering with Edge, a leading name in the creative industries, will enable us to capitalise on the momentum we’ve created thus far and realise the full potential of Antidote both here and internationally,” said Jones and Monks in a statement.

In November, Edge revealed it would plough £10 million into UK production companies with revenues of around £1 million, offering “clean equity capital” that would allow the prodcos to hang on to international distribution rights.

The company has been investing in television since 2006, having previously raised capital and owned stakes in kids TV firms Coolabi and Chapman Entertainment.

The deal with Antidote originated from the 2016 Indielab programme, which equips emerging UK indie producers with networks, skills and knowledge to scale their businesses.

“We are thrilled to partner with Laura and Leila: in a short space of time they’ve built a fantastic business and have a clear vision on how they want to grow,” said Edge’s Smith. “We believe Edge has the perfect breadth of experience to support Antidote as it enters the next stage of strategic growth.

“We were impressed by the team’s clear creative spark and ambition; Antidote is an exciting home for fostering and nurturing talent in one of our key sectors, which further fulfill our TV production investment ambitions.”

The company is currently in production on projects for broadcasters in the UK and North America.